The history of MacRosty Park

An overcast, but dry day brought thousands of people into MacRosty Park to welcome the Royal couple, where The Duke of Cambridge unveiled a plaque commemorating the park's designation as a Queen Elizabeth II Field In Trust.

The Corn and Barley Mills of Milnab were established over 500 years ago, with the last mill being demolished in the early 1970's and replaced with 6 storey flats.  The Lade, a small section of the original stone wall and the turf topped bridge linking the flats and the park still remain.

The Mill Lade was constructed to take water from the Turret Burn to power a series of mills in the area.  Although it fell into disuse in the 1960's, it was retained as a feature in the park until 1990.  The weir was damaged in 1990 after exceptional rain, but although it was reconstructed in 1995, water was not, at that time, restored into the Lade.  In 2011 water was finally re-introduced to the Lade as part of the MacRosty Park Regeneration Project.

The Bandstand was built by James Allan Senior & Son at Elmbank Foundry in Glasgow in 1906, having been gifted by Alexander MacRosty, James MacRosty's brother.  It quickly became a popular focus for concerts and entertainment.  Restoration work was carried out in 2010 during a major regeneration in the park.

The Tea House was gifted by Lilias, daughter of James MacRosty, in 1908 and provided refreshments in the park for over 60 years.  The distinctive building was built in 'Arts and Crafts' style with a wide veranda supported by rustic posts and an unusual circular 'candle snuffer' style roof at the back.  Following closure it was demolished in 1971, with the exception of a semi-circular stone retaining wall.  This now provides shelter for a seating area and a garden with trellis structure and ornamental planting.

The tennis courts and pavilion were built in Recreation Park in 1925 with a children's play area added in 1930.  As part of the major regeneration of the park in 2010/11, the pavilion was renovated to house a café and ranger's office.  Also, due to decline in use the tennis courts were removed and the site used for a terrace landscaped lawn and new play area. 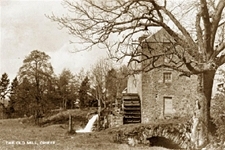 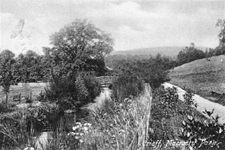 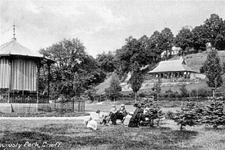 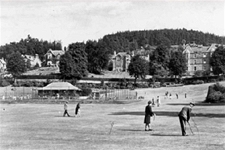